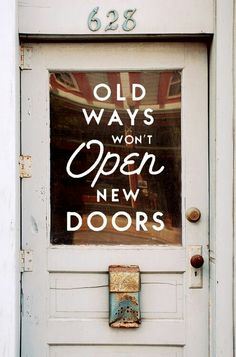 We’ve all seen the trends in our world lately, all of us are struggling to eat healthy and move more, especially our youth.  In my effort to encourage others to do just that, I am always on the hunt for quality information about nutrition.  Sometimes these articles show up in the strangest of places, this one from Consumer Reports.  I love how this author, Karyn Repinski, “keeps it real” with her helpful hints.  I remind clients that one goal should always be to have a healthy relationship with food.  Some of these ideas may sound familiar, but a few may give you a new perspective on your approach as a parent or even in your own eating all year long.

“Ways to Get Kids to Eat Better in 2018: The healthiest foods for toddlers, teens, and all ages in between”

“It’s the rare kid who resolves to eat healthier foods in the New Year, but helping children consume a more nutritious diet is no doubt a goal you strive for year-round.
And for good reason. “Kids are literally built out of the foods they consume, and making sure they get the right nutrients in their diet helps them grow and develop optimally, both physically and psychologically,” says Maxine Siegel, R.D., a CR dietitian. Indeed, new research published in the journal BMC Public Health shows that healthy eating can boost self-esteem and even lessen peer problems, such as being picked on or bullied.
As beneficial as eating right can be for kids, it’s often a struggle for parents. One tip to make it easier—and to help kids develop a healthy relationship with food—is to pick your battles.
“Encourage your children to eat well day-to-day, and don’t worry if they have a cookie now and then,” says Amy Keating, R.D., another CR dietitian.
Here are 11 more tips to try for kids of all ages:

Expose Kids to Healthy Foods
When it comes to getting kids to accept and like a healthy food, repeated exposure is key, according to a December 2017 review of 40 studies on how infants and young children develop food preferences, especially for vegetables and fruits.
“There’s a robust evidence base behind this method, so don’t give up,” advises the lead author, Stephanie Anzman-Frasca, Ph.D., a researcher in the department of pediatrics behavioral medicine at the University of Buffalo.
Kids’ eating preferences often change, so even if your children initially refuse to take a bite, they may become more receptive after a few months of seeing these foods on the table. Continue exposing them to a variety of healthy foods even when they’re older. To be effective, healthy eating behavior needs to be reinforced throughout childhood and adolescence.

Avoid Being a Pushy Parent
Your job is to provide a balanced meal; half the plate should be filled with fruits and vegetables, a quarter with healthy carbohydrates, such as whole grains, and another quarter with protein. Your kids’ job is to decide what and how much to eat, says Deborah Salvatore, R.D., a nutritionist at Stony Brook Children’s Hospital in Stony Brook, N.Y.
But parents often push their children to eat all of the food on their plate at a meal, even if they say they’re full. In a University of Minnesota study that investigated the practice, up to 60 percent of parents required their adolescents to clean their plates and restricted eating when they didn’t.
“Force-feeding really messes with a child’s hunger cues, interrupting their ability to listen to their body and know if they’re hungry or full,” Salvatore says.
Plus, studies show that kids react negatively to pressure and often end up disliking the food they feel coerced into eating.

Let Little Kids Play With Their Food
Touching, smelling, and playing with food is a desensitizing technique that allows kids to become comfortable enough to try—and accept—new foods.
“It’s especially effective with picky eaters,” Salvatore says. She also suggests considering a reward jar. Follow the one-bite-and-swallow rule, then provide a nonfood reward when the jar is both halfway and all the way full.

Put Healthy Foods Within Reach
Most kids will reach for the chips if the grapes haven’t been washed or the red peppers need slicing, which is why Keating suggests going the extra mile and preparing fruit and vegetables so they’re ready to be eaten.
“Store them in glass containers that are placed front and center in the refrigerator, so they’re easily accessible,” she says.
Piggyback Vegetables With Other Healthy Foods
According to the Centers for Disease Control and Prevention, kids are eating more fruit but 90 percent still aren’t eating the recommended three daily servings—that’s 2 to 3 cups—of vegetables.
It’s no secret that kids’ preferences for veggies are generally low compared with other foods. So try combining them with healthy fats, protein, and grains—for instance, loading pizza with peppers and broccoli, adding greens to smoothies, and preparing sandwiches with lettuce and tomato. This makes them more palatable and challenges the notion that healthy foods aren’t tasty or satisfying.

Get Kids Busy in the Kitchen
Kids who cook tend to eat more healthfully, according to a University of Alberta study involving fifth-graders. Researchers found that children who helped prepare meals chose fruits and vegetables more often than their noncooking counterparts. (Vegetable preference, specifically, was 10 percent higher among kids who cooked.)
Kids who cooked also showed more confidence in their ability to choose (and eat) healthy foods at home and at school.

Eat Together as a Family
Children and adolescents who share family meals three or more times a week are more likely to eat healthier and be in a normal weight range than those who eat with their families fewer than three times a week. That’s what a review of 17 studies published in the journal Pediatrics found.
The benefits of breaking bread together last for years, reports a new Canadian study that followed kids from 5 months old to age 10. Researchers found that those who ate with their families at age 6 were more physically fit and drank less soda when they were 10.

Tune Into Teens’ Ideals
Aligning healthy eating with important and widely shared adolescent values like freedom from adult control and the pursuit of social justice may motivate teenagers to clean up their nutritional act.
Researchers from the University of Chicago Booth School of Business suggested healthy eating as a way to take a stand against manipulative and unfair practices of the food industry—such as engineering junk food to make it addictive, and marketing it to young children. As a result, they saw a 7 percent increase in the rate at which eighth-graders opted to forgo sugary drinks in favor of water, and a 11 percent increase in the rate at which they opted to forgo at least one unhealthy snack in favor of fruit, carrots, or nuts.
From a nutritional perspective, that’s a 7 percent reduction in total carbohydrate consumption and a 9 percent reduction in sugar.

Hold the Soda
A recent review of 30 studies published in December in the journal Obesity Facts found a significant link between drinking sugar-sweetened beverages (soda and juice) and weight gain in children.
That’s not surprising considering that a typical 20-ounce soda contains 15 to 18 teaspoons of added sugars and upward of 240 calories—and that 30 percent of kids drink two or more sugary beverages a day, according to the National Center for Health Statistics.
A better alternative to soda and juice is carbonated water or plain still water with a splash of a favorite juice or a squeeze of lemon or lime to make it more appealing.
Tell Them the Downsides of a Bad Diet
If the health dangers of a poor diet—obesity, diabetes, and heart disease—don’t keep older kids on the nutritional straight and narrow, appeal to their immediate self-interest.
For instance, school is tough enough; kids don’t need to be undermined by a bad diet. A new review from RMIT University in Australia of the impact of junk food on teenagers found that a diet high in fat or sugar could have pronounced and enduring detrimental effects on cognition, behavior, and learning—including the mental skills that help them manage time, pay attention, and generally get things done (like a book report or science project).

Get Kids Off the Couch
Exercise improves the cognitive control that helps initiate and maintain behavior like choosing to pass on junk food, explains Megan Herting, Ph.D., a behavioral scientist at the University of Southern California and an expert on exercise and the teenage brain.
If your kids don’t enjoy exercise, encourage them to buddy up with a friend who does. A study at Cincinnati Children’s Hospital Medical Center found that when kids palled around with physically active friends, they were nearly twice as likely to be active themselves.”

Karyn Repinski
Karyn Repinski is an award-winning freelance writer who contributes to Consumer Reports on a range of health-related topics. Based in Brooklyn, N.Y., she has covered health, beauty, and nutrition for the past 25 years and has held senior positions at several national magazines.

This site uses Akismet to reduce spam. Learn how your comment data is processed.